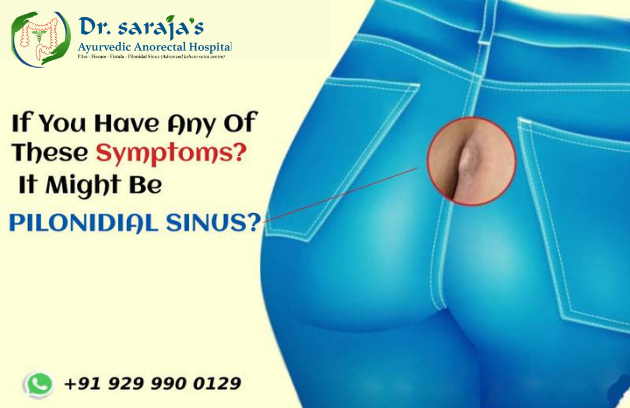 A sacrococcygeal fistula, also known as a pilonidal sinus, is a small hole in the epidermis near the birth cleft. The specific cause of this issue is unknown; however, it is thought to be the result of a combination of shifting hormones, hair development, and friction from clothing or lengthy periods of sitting. If you find any of this symptoms contact our best pilonidal sinus hospitals in hyderabad.

In the natal cleft area, pilonidal cysts are sacs loaded with hair and dirt. It can be uncomfortable and irritating. When one of these sacs containing hair, skin, and other detritus becomes infected, a hot, itchy, and inflamed region at the tailbone between the buttocks is common. There is no known reason why men are more likely than women to have this illness by taking the lead. However, this does not rule out the possibility of pilonidal cysts in women. Due to the increases in hormone levels throughout the menstrual cycle, some ladies observe pilonidal cysts flare up.

The likelihood of developing a pilonidal cyst is influenced by a person’s age, gender, and ethnicity. Younger men with a lot of body hair are more likely to have them. Pilonidal cysts are more likely to run in families, which might be owing to genetic variables such as race and hair texture that are handed down from father to son.

Although there is no definitive explanation as to what produces pilonidal cysts, there is evidence that a hair growing into the skin might trigger their formation. Before the cyst becomes symptomatic, a few people describe an injury to the region.

Those between the ages of 13 and 45 are virtually always affected by a pilonidal sinus infection. This sort of cyst is more commonly experienced by males in their late teens and early twenties. Seniors seldom have these cysts, and persons between the ages of 45 and 65 are even less likely to get them. As a result, hormones are thought to have a significant role in pilonidal cyst formation. Other factors that might contribute to the formation of pilonidal cysts include poor personal cleanliness, obesity, and a job or hobby that requires a lot of sitting. Pilonidal cysts are common among truck and bus drivers, who are unable to avoid sitting in one posture for lengthy periods of time. Pilonidal cysts can also be exacerbated by wearing tight clothes.

Consult your doctor right away if you notice any signs of a pilonidal cyst to avoid problems. If you see a pilonidal sinus, get medical help right once. This will also help you figure out what else may be causing the problem.

We are the finest ayurvedic hospital in Hyderabad for pilonidal treatment, with the best pilonidal sinus surgery in Hyderabad at affordable prices. Customizing ayurveda remedies is something we’re quite good at. Saraja’s Ayurveda Clinic with our expert ayurvedic doctor.

Factors Responsible For The Growth Of Pilonidal Cyst Or Sinus?

If You Have Any Of These Symptoms? It Might Be Pilonidial Sinus?

Why You Should Never Ignore Blood in Stool?

Causes Of A Burning Or Swelling In The Anus